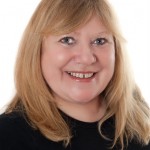 Gillian Humphrey started dancing at the age of two and a half, she then went on to be a professional dancer performing in summer shows and pantomimes working alongside many famous people. After bringing up her family Gill decided she would like to teach and at the age of 32 Gill went back to professional teacher training college and gained all her teaching qualifications. She then started Elston’s school of dancing in 1995 which was very successful. The school was re launched as Step 2 Step with Gill’s daughter Katie as joint principal in 2009 moving to the current dance studios at Brookfield Farm, Cheshunt.

Gill has seen many pupils through professional dancing exams and many have gone on to fulfill careers in performing arts. Gill has successfully produced and directed many “Twinkletoes” dance shows over the years which have all been a huge success. 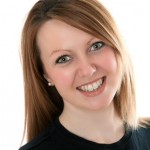 Katie started dancing at the age of three. She has achieved outstanding results in her dance exams in Ballet, Tap and Modern up to Advanced 2 level with A grades. At the age of 16 Katie went on to a performing arts college where she gained a BTEC National Diploma with Distinction. She then attended the Penny Meekings Teacher training College where she gained all her teaching qualifications in Ballet, Tap, Modern and National Dance.

Katie has worked at many different dance schools including the Italia Conti School of performing arts in central London, she has seen many students through professional dancing examinations who have all passed successfully.  Katie has also performed in many dance shows including professional pantomimes, Vitality shows at London’s Olympia and many other theatres in and across London. She is a former show girl with “Andy Mawbey Swing from the Apple Shows” performing at many venues throughout the UK.

Since becoming a mum Katie runs the Melody Bear toddler classes as well as Ballet, Tap and Modern for all Seniors. 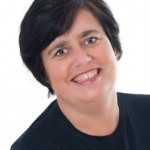 Tina has been helping at the school for over 18 years. Her grown up daughters Ellie & Lisa are former pupils and still have close ties to Step 2 Step. Tina helps run the office and orders all the uniform & costumes for our shows. We are very grateful to have Tina on our team.

Just wanted to say that this was the first time that our daughter has done ballet. She thoroughly enjoyed it and the teachers were excellent
Step2Step Dance Academy
1st Time At Ballet…

Just wanted to say that this was the first time that our daughter has done ballet. She thoroughly enjoyed it and the teachers were excellent
Step2Step Dance Academy
Tap Dancing …..

Had a great time at my first lesson, looking forwrad to my next session